Here you can find the Royal Asiatic Society’s collection of Akhbars, or court papers/newsletters, documenting the transactions of the court of the Mughal Emperor Aurangzeb. These cover numerous years of his long reign, and are arranged by regnal year, although some years contain only a few entries. The reports are written in Shikastah script on separate slips of paper which were bound into green leather volumes in London in the nineteenth century. First catalogued in Morley, 1854, p. 128. The dimensions of each volume are approx 24 x 16 cm (h x w). There are nine volumes, and they comprise 2777 folios in total. The digitization of this collection was sponsored by the Bharat Itihas Sanshodhak Mandal and Prof Rajeev Kinra.

The donation of these Akhbars to the Royal Asiatic Society is attributed to James Tod. Tod likely acquired them in Rajasthan, where he served as an agent of the East India Company during the first two decades of the nineteenth century. Henry Beveridge noted that Tod left no account of how he acquired the newsletters, but ‘from the Nagari endorsements on them it would appear that they had belonged to a Hindu Serishta [sar-rishta, i.e. a court record keeper], and presumably to one in Rajputana. Apparently they are notes by the court agent of some Rajputana prince of the daily occurrences of the Moghul Court’ (Journal of the Royal Asiatic Society, 1908, p. 1122). 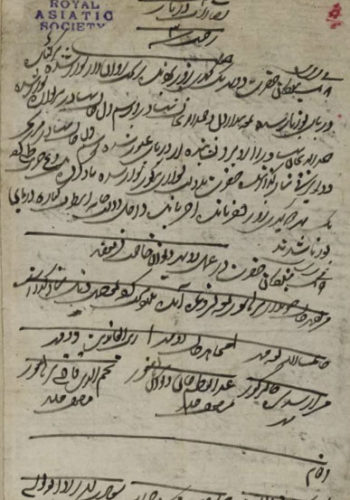 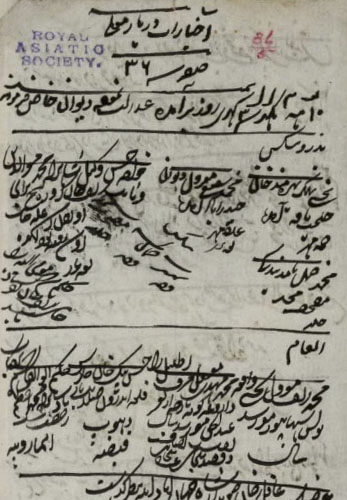 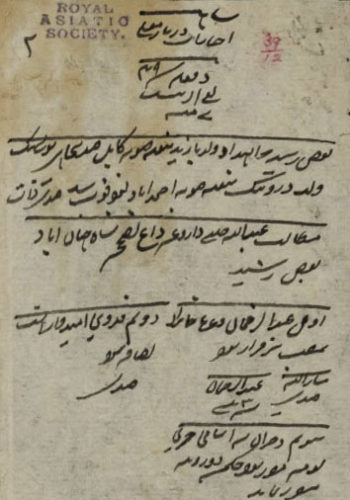 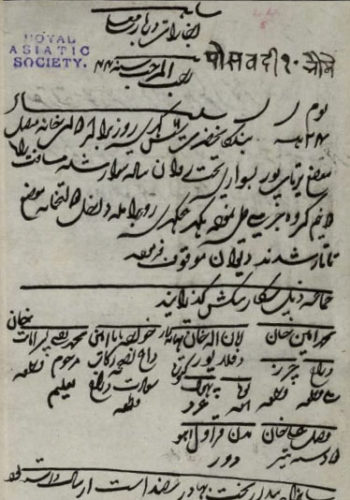 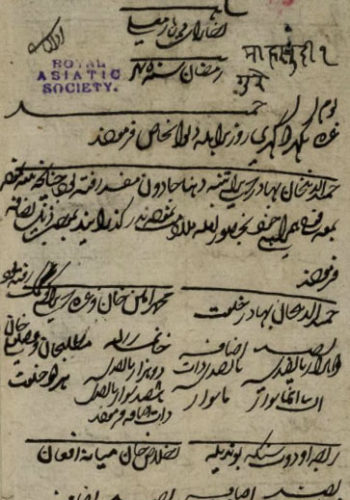 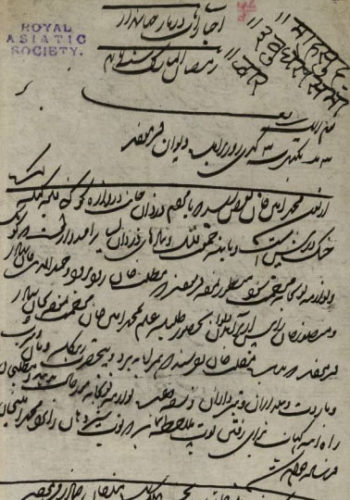 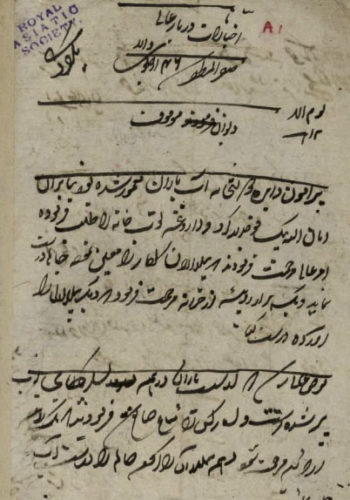 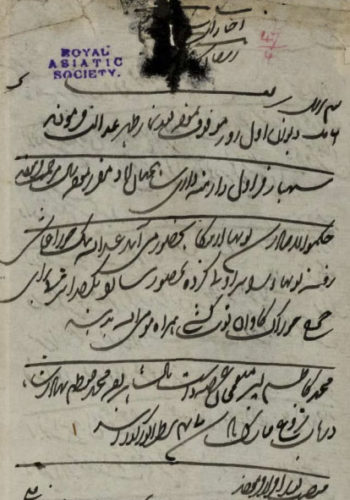 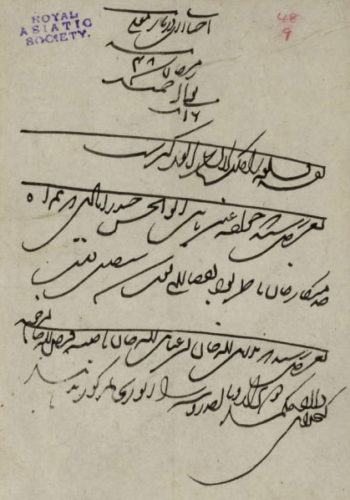